The Importance of Hydrocodone and Clonazepam Specific Panels 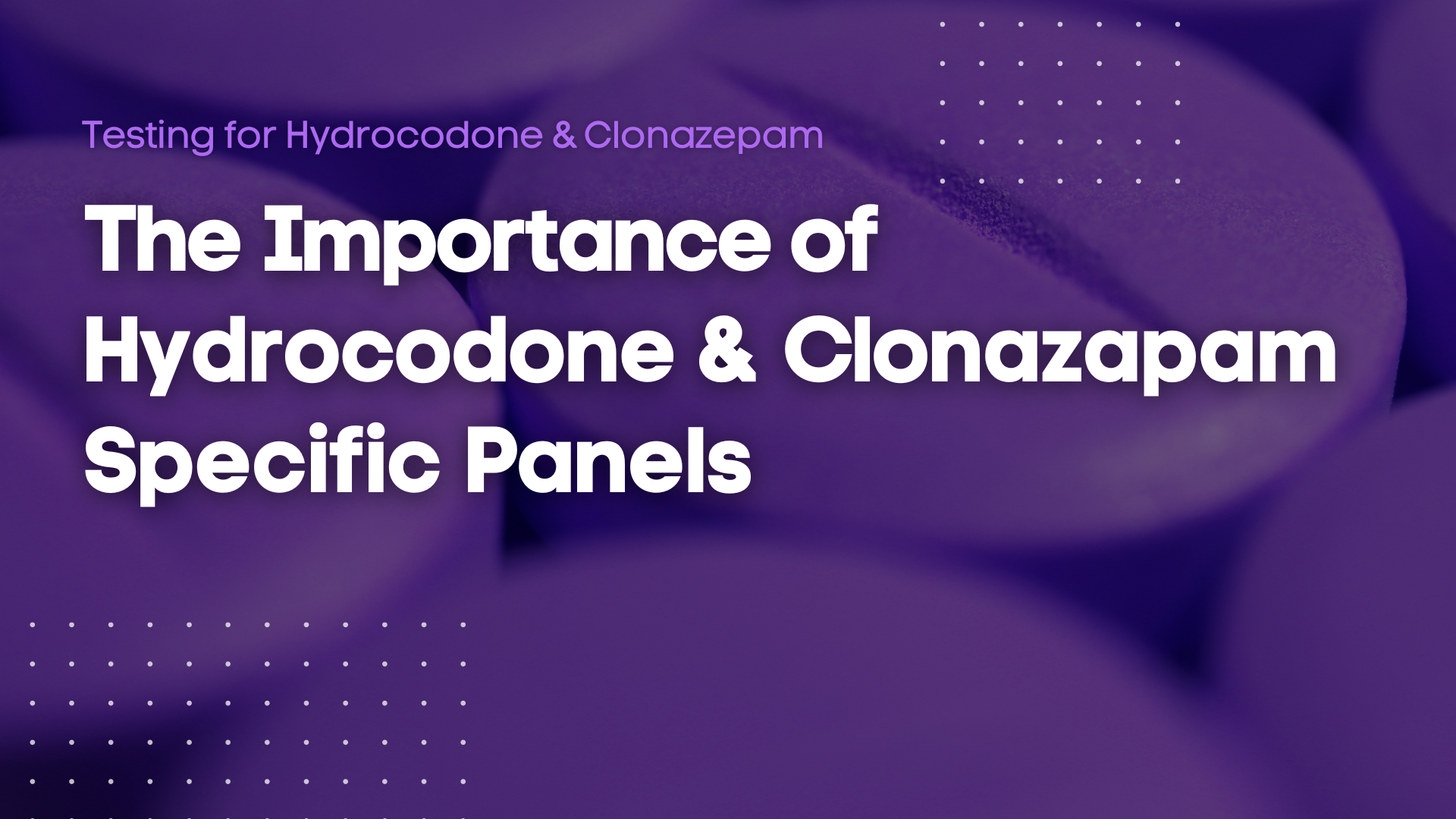 If you’ve watched our “Understanding the Limitations of Drug Testing” webinar or have had conversations with me about that subject, you’ve heard me talk about substances that many people expect to be detected on the tests that they are using, but actually are not.  An excellent example of this that we are all hopefully familiar with is Fentanyl. This synthetic opioid, for a long time, was expected to be detected on an Opiate panel but in fact it is not. As Fentanyl became more problematic, we increased our efforts to ensure that we were giving our customers the knowledge and the tools needed to test for this dangerous substance. Today we will discuss Hydrocodone and Clonazepam. While not nearly as prevalent as Fentanyl, these are two commonly prescribed drugs that do have the potential for abuse and are worth knowing about.

Hydrocodone is an Opioid pain medication, with Vicodin being the most prominent brand name. If you’ve ever had any serious dental work, you have probably heard of this one. Since it is an Opioid, it has a high potential for misuse and addiction, so it is a substance that is important to test for. However, the misconception is that this substance would be detected on the standard Opiate panel, or at least the Oxycodone panel.  Because these substances share a similar molecular structure, there is a possibility that Hydrocodone could be detected on either of those panels. However, the concentration of Hydrocodone in the specimen would have to be much higher than the other substances being detected, and therefore neither of those panels will ever be reliable tools for detecting Hydrocodone. Fortunately, we do have a Hydrocodone specific test, both as separate single-panel dip tests, and also included in select multi-panel cup configurations.

The big takeaway here is that it is important to know what substances will be detected on the panels you are testing with. While the tests are engineered to detect as many drugs in a specific class as possible, sometimes differences in chemistry and biology make this impossible. Fortunately, in almost all cases, we have the tool available that will fill these “blind spots”.

As always, for additional information or discussion on this topic, please reach out to me or your consultant.