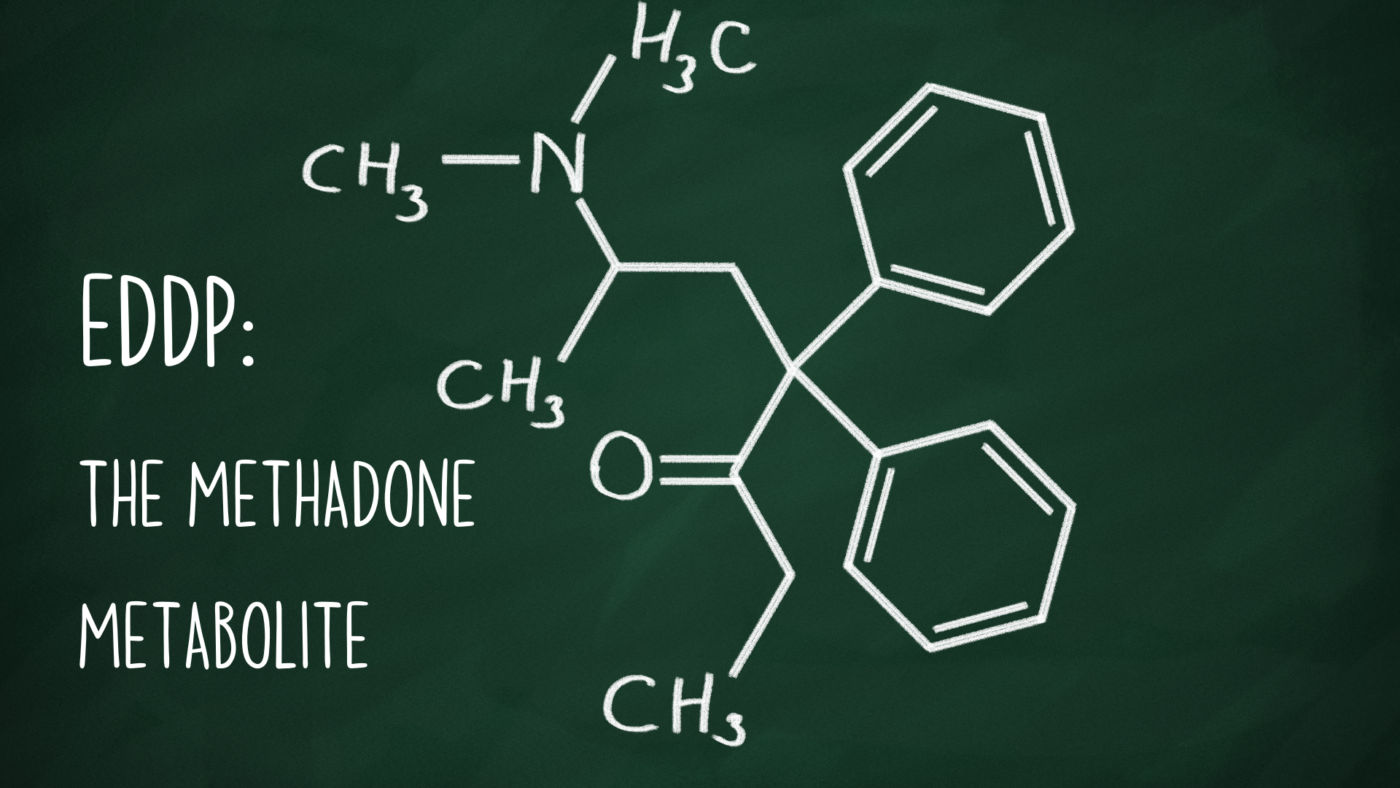 I often get asked about EDDP – primarily, “what is EDDP?”, and “should I care about EDDP?”. EDDP – the abbreviation for the chemical compound 2-ethylidene-1, 5-dimethyl-3, 3-diphenylpyrrolidine – is a major metabolite of methadone. While methadone is not a widespread drug of abuse these days, it is certainly something you would not want to not test for. Hopefully, the information about EDDP in this blog post will help you decide if testing for EDDP would be beneficial.

As you may know, some drug tests are designed to react to the parent substance: in other words, the substance that was ingested, while some panels are designed to detect the metabolite: what the body changes that substance into as the body’s metabolism processes it into waste. As for substances, some are (at least partially) excreted in the exact same form that was ingested. For example, with methadone, in most cases, the body will excrete at least some methadone in the urine. Also, as with most substances, the body will excrete at least some amount of metabolite in the urine – in this case, we mean EDDP.

Should I Care About EDDP?

There are 3 primary reasons to care about, and test for, EDDP. Before we get there, it is important to note that there is a non-trivial percentage of people in the world who are “extensive metabolizers” of methadone; this means that while most people will excrete the parent compound in their urine, some will almost completely metabolize the methadone into EDDP. Since a standard methadone panel does not react to the EDDP, it gives us three risky scenarios: 1) You have a patient/participant using methadone illicitly and a simple methadone test is not detecting this. 2) You have a patient/participant who is supposed to be taking their methadone, but suspect they are instead spiking their specimen with methadone to give the illusion they are taking it, and 3) Same scenario as number two, except the patient/participant is taking their methadone as prescribed, yet is causing suspicion by producing a negative methadone test.

Another, lesser, benefit of testing EDDP, is that all methadone instant tests currently available will cross-react with Doxylamine – a substance found in the over-the-counter medications Nyquil and Unisom (amongst others). The EDDP panel has a much higher threshold for cross-reactivity for Doxylamine than the methadone panel.

So, EDDP may not necessarily be crucial to all programs, but it is good to know what it is, and if you should care about it. As always, please fell free to comment here or reach out to us should you have any questions or would like any additional information on the subject.