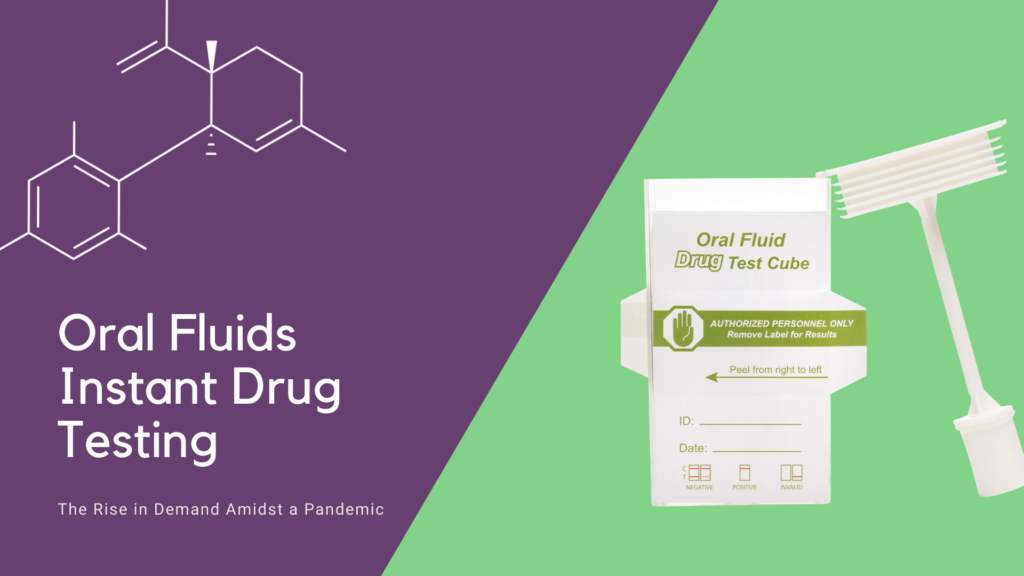 Oral Fluid Testing: The Rise in Demand Amidst a Pandemic

Since March, as businesses and government agencies started closing and investigating safer alternative ways of testing procedures, more and more people have been inquiring about oral fluids testing for drugs of abuse. These are sometimes referred to as saliva tests or mouth swabs. So, let’s talk a little bit about what they are, how they work, and why the sudden spike in interest.

There are a couple of reasons for the impression that oral fluids testing allows for a safer collection protocol. Firstly, an oral fluids drug test can be performed remotely via video conferencing software. The administrator can watch the donor collect the specimen themselves, watch the collected specimen being inserted into the test, and watch the results develop without the device or donor leaving the camera view. Secondly, an oral fluids test can be performed in an outdoor setting while maintaining social distancing guidelines. Of course, the donor must remove their face covering to collect the specimen, but you should still be able to witness the entire process at a safe distance.

How They Work & Procedures

If you are unfamiliar with oral fluids test, there are basically two parts: the collector, which is a sponge attached to a plastic handle and the test device itself, where the collector (sponge) is inserted to direct the specimen into the well inside of the test where the test strips are located. The collection process can be a little tricky until you get the hang of it – for starters, an uncooperative donor can purposefully withhold collecting enough saliva to allow the test to function – but once the procedure is mastered, the test is as easy to perform and read as a urine drug test. One other tricky step with collecting a specimen is that the test requires more saliva than you might think. The instructions only mention the amount of time it should take until you have enough specimen, but it is not that black and white. The donor should compress the sponge against their cheek or tongue and allow the decompression to absorb the excess fluid. In the worst-case scenario, they can also expectorate directly into the test device, or into an external receptacle, which can then be poured into the test.

Oral fluids tests have come a long way in the past 12-15 years. If you had asked back then, I would have discouraged their use or at least give warning about their accuracy and other shortcomings. Today, however, they are just as accurate as the urine drug tests that we provide. Additionally, the number of substances that can be tested has significantly caught up to the options we have for urine testing. Add to this the fact that it is impossible to adulterate an oral fluids test, if the instructions are followed properly, making them an excellent tool to have at your disposal.

Perhaps the only shortcoming of oral fluids testing, especially for most of your purposes, would be the window of detection. As the toxicology of urine closely mirrors the toxicology of blood, drugs are only detectable while they are still in the bloodstream, much like a breathalyzer only detecting current intoxication as opposed to an EtG test offering detection for up to 80 hours after use. So, the best-case scenario for oral fluids testing would be detection of less than 24 hours after use. In some situations, such as injury at work, where the important factor is detecting current intoxication, oral fluids testing makes the most sense. However, this window of detection isn’t always as useful to someone when the need to detect recent and past drug use requires a detection window that goes back days or even weeks in some cases.

In summary, oral fluids testing is a great option for programs looking to detect recent drug use. Though there are some drawbacks with their window of detection, they can be administered safely and frequently, while adhering to COVID-19 guidelines. If you would like any additional information on this, or any other subject, please leave a comment below or reach out to us directly. Stay safe and be well.